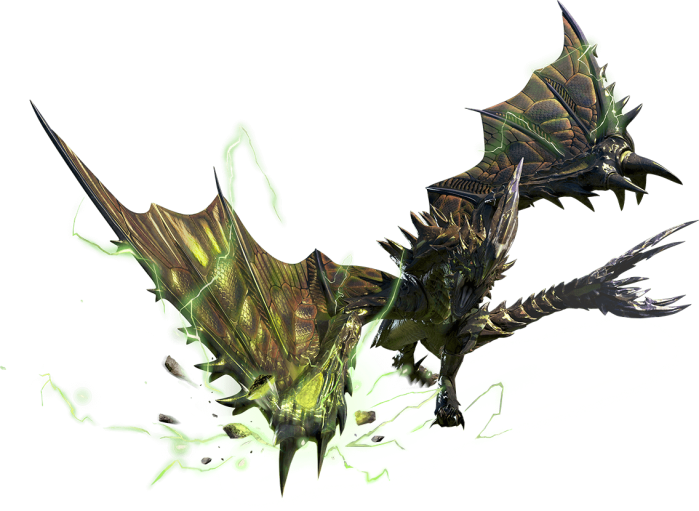 The Astalos is a lightning-based flying wyvern, and one of the four flagship monsters of Monster Hunter X.

The Astalos is one of Monster Hunter X’s four flagship monsters. Designed to be the antithesis of the Rathalos, it utilises the lightning element, which happens to be the King of the Skies’ greatest weakness after the dragon element. The beast itself is weakest to ice, so keep that in mind when selecting your weapon. Its armour has a unique ability known as “combo rush”, which increases your critical hit rate when you land multiple hits in a row. Its weapons all have high affinity values in addition to looking super sweet.

Sporting green and black scales with a slight yellow tinge, the Astalos is one of my favourite-looking monsters. The theme is sharp and pointy; its long tail ends in a sharp spike that becomes forked when enraged, and its scales give it a jagged appearance. Its head, wings and back are all breakable, and the tail can be severed, though only one of the two forks will drop. The head, back and peaks of the wings will chip once they’re broken, and the wings are separate breaks.

In battle, the Astalos is quite fond of using its lightning abilities. The most annoying of these is its tendency to spit out what look like lightning tornadoes, which will move around in a random pattern before dissipating. It will also slam its tail on to the ground and fire a long, straight beam of lightning, which can stretch across the entire map. It will often follow this up with a physical attack, dealing a lot of damage and possibly stunning the hunter.

It will at points channel its electricity into various parts of its body to power them up; it’s easy to see which ones have been electrified, as they’ll be a brighter colour and be covered green electricity. When it’s strengthened like this, its attacks will do more damage. If you manage to hit it out of its charged state, it will drop a shiny.

Stray too far from the Astalos, and it will charge across the map to greet you. Get to close to it, and it will throw back its head in an attack that comes out quickly and will knock you flying. It likes to lean forward to slam its wings into the ground, which I’ve seen it do twice in a row. For more power, it will leap into the air and then dive, landing on top of the hunter for a ton of damage and looking awesome as it does so. 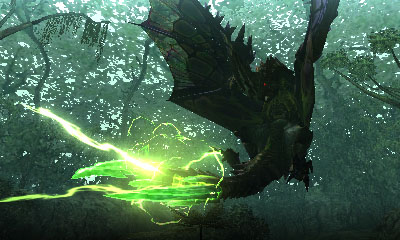 The Astalos is a fearsome beast and a fun fight. Next week I’ll be covering Gammoth, a mammoth who uses ice and the second of the flagships!