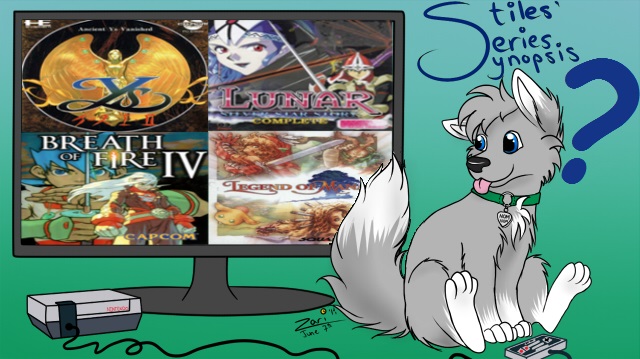 Edit: Voting Is Now Closed, Thank you to everyone who participated! Welcome to Stiles’ Series Synopsis, our new segment where I will be analyzing the evolution of a game series from beginning to end. Come vote for the first series here!

Hello readers! This is your chance to influence some of the content that will be put up on Zarna! I am announcing a new segment for the blog called “Stiles’ Series Synopsis” .. because I’m a slave to alliteration.

This new segment will have me taking an entire game series and playing it beginning to end, reviewing and analyzing each entry as I play through them. This series will delve heavily into spoilers and could become rather long-winded at times, but the goal is to truly cover everything I can about a game and the evolution of a series beyond what you would expect in a normal review.

My intention with the first SSS is to establish a sort of formula and work out the kinks. That being said, for the most part I’m limiting this to shorter series’, and those that are not quite as mainstream. I’m doing this both because I like to bring attention to games that aren’t often in the limelight, and as a way to get me to play through some series’ that I’ve yet to complete. In the future this is sure to change; as I become more comfortable, I will be venturing into more popular franchises.

This is where you come in: for the first SSS I am hosting a poll to determine what series I’m going to be covering. I’ve broken this poll into three categories for the first entry: turn-based RPGs, action RPGs, and platformers. I did this because I will be primarily covering RPGs with this segment, but to keep from suffering burnout I will likely stagger my output. By covering a side series (generally a series of shorter, more action-oriented games) between my longer RPG entries, I will remain more motivated and be less likely to have negative biases due to series fatigue.

Some people may find the series choices disappointing, but know that this will just be the trial run and I will be open to a lot more genres and games after I get at least one series successfully completed. In fact, the poll has a spot to input your own series suggestions for the future. I’m really looking forward to this project, as it’s something I’ve wanted to do for a very long time, and I hope that you all like it too. If this poll Is successful I will make more in the future. Thank you again for your input and continued support of Zarna!

Edit: The polls have been closed and I’d like to thank everyone who participated! The results will be posted soon and then I will jump right into the games!